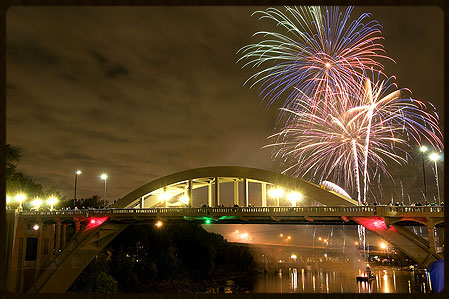 
Tom Deines, TNT's CEO, has been around construction all of his life, officially starting in the business in 1979.  His father worked as a carpenter, general contractor and commercial project superintendent for 42 years, specializing in high quality craftsmanship and innovative construction methods.

Tom often “helped” his dad nailing down flooring and roof sheeting beginning at the tender age of 4 and maintained a healthy interest in the construction trades for the rest of his life.  He decided to enter construction as a carpenter apprentice in 1979, graduating to a carpenter Journeyman and happened onto an unexpected opportunity in 1982 beginning his career in construction management.  Tom was blessed to be in the right place at the right time, work with some very talented people, and be given opportunities to “sink or swim” as he climbed the ladder in responsibility and breadth of projects.

Beginning as an Office Manager, then progressing to a Project Engineer, Superintendent, and Project Manager, Tom also spent considerable time in Safety Management and Quality Control Management.
While finishing his apprenticeship, Tom also went to school 4 nights a week and earned his Associate of Science Degree in Business Management.  Subsequently, he went back to school and took additional coursework in math and science subjects related to his chosen field.

Joining the Construction Specifications Institute in 1993, Tom served in a wide variety of positions, including Editor of the Chapter Newsletter for 3 years, served on Membership, Certification, Technical, Program and Nominating Committees, then went on to various leadership roles including Chapter Director, Treasurer and President.  Following this he became the Northwest Region Industry Director, followed by a term as Industry Vice President on the National Board of Directors from 2003-2007.  From 1998 through 2002 Tom was the construction author for an on-line monthly column for CSI titled “Team CS”.

Along the way, Tom also served 4 years on the Institute Technical Committee and was the primary author of the Construction chapter of the CSI Project Resource Manual.  Tom also has Construction Documents Technician (CDT) and Certified Construction Contracts Administrator (CCCA) certifications from CSI.

Over the years, Tom has earned a wide variety of certifications and training including:

This combination of education, certifications, and experience across a wide spectrum of construction management makes Tom and TNT CONSULTING, LLC uniquely qualified to help you on your next or current construction project.  Please contact us to see how we can help you.

Tom has worked in construction for 42 years, participating in and managing over $1B of work.   Tom’s roles have included Project Manager / Proposal Manager / Project Engineer / Estimator / Superintendent / General Supervisor / Quality & Safety Manager & Job Office Manager for 35 years - 19 with Wildish Standard Paving and 10 with Hamilton Construction. This has included working with a variety of owners including ODOT, CalTrans, WSDOT, USACE, FHWA, Weyerhaeuser, Georgia Pacific, PGE, PP&L and EWEB to deliver complicated projects on time and on budget.  Tom’s experience in construction includes 36 years in heavy/highway/bridge construction and 6 years in design build. Nine years of Tom's total experience have been with commercial projects. The majority of this time has been spent in contract administrative and project management roles, proposal management and writing, subcontract management, CPM scheduling, forecasting, work planning, safety management, quality control, procurement, expediting and project delivery. Tom served for four years (1998-2002) on CSI's National Technical Committee and was also an author of the Construction Chapter of CSI's Manual of Practice. As a practicing Certified Construction Contract Administrator, he also teaches CCCA classes each year for industry professionals preparing to sit for the exam.

MCCARTHY CREEK ROAD DECOMMISSIONING – PORTLAND, OREGON METRO - $419 K - 2019
Removal of and replacement of multiple CMP culvert pipes, also removal of and abandonment of multiple CMP culverts, re-shaping former culverts and matting/planting, re-application of crushed aggregate base on entire road loop that remains active, abandonment of other roads, removal of slide material at various locations, and other work required by contract. This includes in water work window.

EUGENE AIRPORT ADDITION & RENOVATION, EUGENE, OR 2015-2016
Safety Director – This $8 M project included a new escalator, new security upgrades, new baggage claim, additional space for waiting areas at gates and a wide variety of other upgrades performed by Essex Construction. Some of the work was done at night and during “non-peak” hours to minimize disruption to airport users. This project required stringent safety and security protocol.

BURGERVILLE, CORVALLIS, OR 2016
Safety Director – On this $900 K project Essex converted a previous Wendy’s restaurant into a Burgerville, incorporating reclaimed wood both inside and outside the restaurant. The 2,700 SF project included tenant infill.

US 101: BRAY’S POINT – SUTTON LAKE ROAD SLIDE REPAIRS, FLORENCE, OR 2014-2015
Estimator / Project Manager / Superintendent – This $1.5 M project included constructing a geo-grid retaining wall at one slide location, a steel H-piling and steel plate lagging wall at another location and installation of 6 tie back anchors with a modified whaler design at the third location. During construction, another slide occurred which became a series of change orders to the original contract, resulting in extensive overtime and multiple shift work. This was completed successfully and still within the constraints of the originally scheduled completion date.

I-5 SB SOUND WALL REPAIRS, SALEM, OR 2014
Estimator / Project Manager / Superintendent –This was actually 2 different projects, the first $53 K and the second, $56 K, constructed approximately 5 months apart. Both projects involved repairing precast concrete sound wall panels that had been damaged by the traveling public on I-5 SB between Portland Road and Market St.

US 20: PME HORIZONTAL DRILLING, PHASE 1A, EDDYVILLE, OR 2013
Estimator / Project Manager – This $2.7 M project was part of multiple phases of one of ODOT’s most complicated projects due to the unstable geology of the region. After original construction began, the contract was terminated with the original contractor due to multitude of problems. ODOT then re-bid multiple pieces of the project in several contracts. This part of the work included over 65,000 LF of horizontal drain drilling, construction of sediment basins, stone embankment in selected areas, installation of piezometer stations and a variety of other related work. ODOT paid us to accelerate our project, which we successfully completed early, so the subsequent project could start earlier to take advantage of the dry season.

OR 234: ROGUE RIVER BRIDGE, GOLD HILL, OR 2009-2011
Project Manager – This $3.9 M project rehabilitated a circa 1920 historic arch bridge over the scenic Rogue River near Gold Hill, Oregon. This is one of Conde McCullough’s first arch bridges designed and built for ODOT. Work included bridge demolition of the existing dentils, corbels, sidewalk overhang brackets and deck soffit using a combination of hydro demolition and other means, which required complete containment and protection of the river below. Areas of concrete delamination were repaired and structural cracks were filled with epoxy crack injection. The main arch ribs were wrapped with FRP. Other elements of this project included lead paint removal, replicating the ornamental concrete bridge rail, rebuilding the dentils and corbels to original detail, protecting an existing high pressure gas line and relocating the same, and included a micro silica overlay on the deck.

I-5: MCKENZIE RIVER TO GOSHEN DESIGN BUILD PROJECT, EUGENE, OR 2006 – 2009
Co-Proposal Manager / Co-Project Manager – Structures – This $62 M project completed spring 2009 ahead of schedule, in spite of a major design change on the Franklin structures. Wildish was a major subcontractor on this project, managing & building $30M of the work on the south end of the project, which included 4 precast prestressed concrete bridge structures on I-5, 2 over Hwy 58 and 2 over Franklin Blvd/CORP RR. The project also included over 30,000 SF of MSE walls, sign bridges, site work which included reconstruction of I-5 and extensive staged construction. In addition to PM duties, performed the quality management role for structures, as well as chairman of the MRG safety committee. The p